Schutzhund is a German word meaning “protection dog.”
It refers to a sport that focuses on developing and evaluating those traits in dogs that make them more useful and happier companions to their owners.
Schutzhund work concentrates on three parts.
Many are familiar with the obedience work of the American Kennel Club’s affiliates and will recognize the first two parts, tracking and obedience.
The Schutzhund standards for the third part, protection work, are similar to those for dogs in police work.
While dogs of other breeds are also actively involved in the sport of Schutzhund and often follow similar criteria for breeding purposes, this breed evaluation test was developed specifically for the German Shepherd Dog.
Schutzhund is intended to demonstrate the dog’s intelligence and utility.
As a working trial, Schutzhund measures the dog’s mental stability, endurance, structural efficiencies, ability to scent, willingness to work, courage, and trainability.
This working dog sport offers an opportunity for dog owners to train their dog and compete with each other for recognition of both the handler’s ability to train and the dog’s ability to perform as required.
It is a sport enjoyed by persons of varied professions, who join together in a camaraderie born of their common interest in working with their dogs.
Persons of all ages and conditions of life even those with significant disabilities enjoy Schutzhund as a sport.
Schutzhund is an advanced partnership with the dog – true teamwork.
Rather than a mere few minutes of performance, it is a triathlon for dogs.
Though known for its protection work, Schutzhund consists of three phases – Tracking, Obedience and Protection.
Dogs must qualify in all three phases.
Schutzhund and similar sports/breeding suitability tests are vital for our dog community.
Almost all police dogs, drug dogs, accelerant/bomb detection dogs and military dogs, as well as a very high percentage of search dogs, come from Schutzhund breeders and Schutzhund lines.
Why?
Because it still works as a breeding suitability test, and dogs from these lines are more likely to have the correct temperament and physical structure to do the work, saving thousands of dollars in “wash-outs” from untested lines.
Schutzhund and similar training preserves the breeds;
Max von Stephanitz developed Schutzhund as a breeding suitability test for the German Shepherd Dog.
Schutzhund offers excellent training and physical/mental outlet for the dogs.
The socialization afforded by a good Schutzhund club is superb, and the Schutzhund dog gets far more physical exercise, mental stimulation, and sheer fun than most pets! 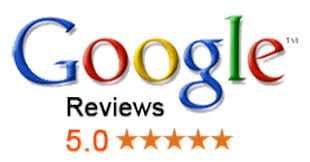